Today is September 11. In 1893, on this same date Swami Vivekananda addressed the Parliament of Religions at Chicago, USA. This lecture practically catapulted him as an international figure. The last line of his famous lecture succinctly gives the gist of Hinduism: I fervently hope that the bell that tolled this morning in honour of this convention may be the death-knell of all fanaticism, of all persecutions with the sword or with the pen, and of all uncharitable feelings between persons wending their way to the same goal.

When the Conference on Hinduism held at Ladysmith Civic Centre on Sunday 6, September, 2009 concluded amidst chanting of vedic mantras as closing prayers, when the delegates started departing in a mood of delight, all of us felt that the ideas that were discussed so forcefully would ever remain etched green in our memory-land and to say in the words of one of our Blog readers from Ladysmith “What a marvellous conference we had! Many thanks are due to the Master for making this occasion possible…There is no doubt that all who attended benefited not simply from the content, but also from the holy company.”
My hearty thanks go to Reantha Pillay, a student-devotee, who has penned this brilliant Report – on the same day, in spite of the long distance to & fro travel – that would, I believe satisfy the curiosity of those who could not attend the Conference. I am giving below the Part II of the Report. I am also thankful to devotee Rishienandan of Pietermaritzburg subcentre for the excellent photos. 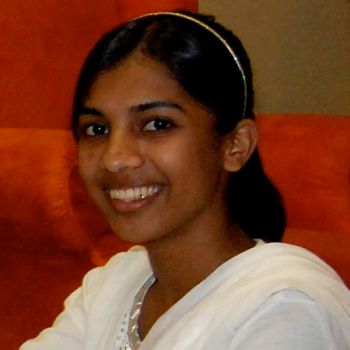 The captivating centerpiece of many who attended  the Conference will undoubtedly be the paper delivered by Swami Saradaprabhanandaji Maharaj, Vice-President of the Ramakrishna Centre of South Africa. He spoke on Reconciling Religious Conflicts in a Family. Maharajji’s focus areas were Inter-Religious marriages and Hindu intra-marriages i.e. marriages between Hindus of different linguistic/faith backgrounds. After Maharajji’s humorous disclaimer that the paper will not bring an end to parental worry nor end the debate on this issue, Maharajji began what was to be an insightful and most interesting paper.

Maharajji established the fact that Inter-belief marriages have occurred since the Rig Veda, that is some 5000 years ago and therefore cannot be said to violate the spirit of Hindu Dharma. Post establishing the social validity of this practice, Maharajji went on to illustrate how it could be generally beset with unending problems. However, Maharajji in a positive note, pointed out that despite its inherent problematic nature, there are inter-religious marriages that  have proven successful and this was dependent entirely on the couple and their genuine love for one another and also their ability to sustain a successful marriage. Maharajji urged parents and the general  members of society to be flexible and cautioned against attempting to break a relationship founded on strong  pure love. At this junction Maharajji warned about the greatest casualty – children and the uncertainty they experience when these marriages begin to  flounder. He also addressed the Inter-sect marriages saying that they were not as problematic and marital success could be assured with little difficulty. His 6 practical tips for parties contemplating such a union are:

Swami Saradaprabahanadaji concluded in saying that marriage is a means to attain God realisation and a vibrant Hindu marriage can attain this whilst simultaneously bringing peace to a family.

The third paper presented was entitled Leadership qualities and Responsibilities of the Mother and was by Ms Veena Singaram, a lecturer. Ms Singaram looked briefly at the various challenges facing Hindu women, such as the need to balance the roles of a wife, mother and leader. She also briefly looked at various aspects of leadership and identified the key qualities necessary to be a leader.  Ms Singaram drew from the wealth of great Indian women such as Sri Sarada Devi, the epitome of purity and unconditional love, as well as many other historical personalities. She also looked at great men such as Gandhiji, Washington and Lincoln who honoured their mothers. Ms Singaram advised the audience that motherhood in its nature encapsulates leadership as they require similar traits.  She ended on a very practical note providing Hindu mothers with a few important gems of advice namely :

The final paper was delivered by Senior Counsel, Advocate H Kessie Naidu, entitled Balancing Hindu values with Westernization.  Advocate Naidu drew from the inspiration of Swami Vivekananda, whose role in modernizing Hinduism and embracing western science cannot be denied. Advocate Naidu acknowledged many aspects of westernization – technology, medicine and the decreasing importance of caste system through constituent democracy. He did, however, caution the audience of the pervasive and persuasive nature of westernization and its effect on our dress, language and lifestyle. He then addressed this issue of Hindu values which lay hidden in the intricacies of our scriptures such as non-violence and the sanctity of life. Advocate Naidu attributed the rise in promiscuity and the death of our vernaculars to mindless attachment to westernization.

He concluded by stating that awareness of the essential values of Hinduism is necessary and thereafter one is required to discern and select the positive aspects of the western world. In this he echoed Swami Vivekananda’s teaching that India should not simply imitate the west but rather absorb and assimilate some western ideals whilst retaining our glorious spiritual heritage. Advocate Naidu’s paper was entertaining and highly relevant given the times we live in.

The conference was concluded with a panel discussion that generated great interest. Prompted by the astute questions posed by the members of the audience, the panel consisting of Dr Behariram (Graduated from Nelson R Mandela School of Medicine with a Masters in Family Medicine Degree. Presently manages the Crisis Centre at the Ladysmith Provincial Hospital, working exclusively with survivors of sexual assault especially children) and Rakhi Beekrum (Master of Social Science (Psychology) University of Kwazulu Natal.  Counselling Psychologist at Student Counselling Centre of the Nelson R Mandela School of Medicine and runs a private practice in Durban) handled the queries enthusiastically. Questions were fielded at the paper presenters too who did not lag behind in giving quality responses them.

I cannot conclude this Report without mentioning about the Director of Ceremonies for this Conference. She was Veni Govender, an eminent Educator of Ladysmith and also a devotee of the Ramakrishna Centre there. The spirited way she started the program, the vigorous manner she veered the responses, the creditable control that she could exercise over the floor and above all the dynamism that she displayed in directing the program cannot but be applauded.

There can be no denying that audience delegates walked out feeling far more equipped to deal with the challenges facing Hindu families. The Conference was undoubtedly a resounding success which harbours only good for families of the future.