We celebrated Sri Krishna Janmashtami in a solemn atmosphere. About 40+ devotees attended.

After the Vesper service of Sri Ramakrishna, there were two Talks one by self and another by Swami Purnananda. I narrated the birth incident of Sri Krishna, tracing the parents’ life and how the Supreme God intervened to ameliorate the sufferings of good people on the earth. Swami Purnananda spoke on the teachings of Sri Krishna which is available to us even this day as Bhagavad Gita. We had chorus singing of Shyam Naam Sankirtan of 9 stanzas and Bhaja Govindam. A few more bhajans were also sung.

For a fledgeling centre, just started a year back, we didn’t expect a good number. But then, 40+ was manageable as devotees brought their own naivedya (offerings) and as prasad the same was shared among us.

Earlier, on Sunday 18th August 2019, Sanatana Ireland, a Charity organisation in Dublin conducted a Workshop for Children on Srimad Bhagavad Gita. We two Swamis participated in the Workshop.

The program began with lighting of lamp called ‘Bhadradeepam’. The children then sang a Keertana on Lord Ganesha, followed by singing the Glory of Guru and chanted the full Gita Dhyanam. The important element was the Workshop where Swami Purnananda explained some Vedantic teachings from Gita. Swami Vimokshananda explained the concept of constant remembrance of Lord through a story of famous Sakkubai, a Maharashtra Saint.

The children presented an admirable Dance-drama on the value of Friendship by depicting the story of Krishna-Sudama eternal love. The children participated enthusiastically in the quiz program on ‘Dashavatharam‘.

The organisers arranged the release of a new Balagokulam Syllabus. Both the Swamis released the volume and presented to the syllabus makers. The interesting program came to a close with chanting of Swasti mantras and arati to Lord Krishna followed by distribution of prasad.

Sri Swami Nirvananandaji Maharaj (Sujji Maharaj), a disciple of Swami Brahmananda, was one of the Vice-Presidents of the Ramakrishna Order. I had the blessed fortune of being initiated by him. On this auspicious occasion of Sri Guru Purnima, I am happy to recollect one wonderful incident in my Guru’s early life – how Holy Mother Sri Sarada Devi guided him. Originally published in Sri Sri Mayer padaprante (Vol. III), in Bengali, these reminiscences are translated by Mrs. Maloti Sengupta. 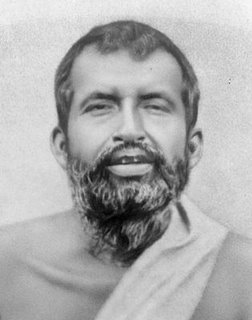 I was startled when I noticed a picture of Sri Ramakrishna amidst those gods and goddesses. I stood there overwhelmed, and tears filled my eyes. How did he come to be there, an obscure village on the border of Bihar and Bengal? I can hardly describe the joy and the faith that surged in my heart. The old lady detained me for three nights with her loving care. She herself prepared khichuri, malpua and so many other things for me to eat. She applied some ointment to the blisters under my feet and smeared a paste of turmeric and lime on my sprained foot to reduce the pain. After three days I felt that I was quite well and could resume walking. The old lady, however, objected. She said: ‘No, my child, you are still weak. You can’t walk alone such a long distance to Kashi and do penance there. Here is your ticket, you will travel by train.’ Remembering Mother’s words this time too I did not refuse. They helped me board a train at a nearby station.
The old lady and her son recounted to me the story behind the picture of Thakur in their shrine. Once the son had made a trip to Kashi. Seeing the picture of Thakur on a calendar hanging in a shop selling homeopathic medicine he had asked for it and brought it home. I think it must have been M. (Mahesh) Bhatta-charya’s shop. He had learned at the shop itself that the picture was of Sri Ramakrishna – ‘Ramkishan, perhaps some Bengali avatar.’ Both mother and son stated: ‘However, after bringing this picture home everything has taken a turn for the better.’ When I asked the son why he had asked for the picture, he answered: ‘There seemed to be some magic in Ramakrishna’s eyes. His eyes drew me irresistibly, so I asked for the picture. Then I had it framed.’
I reached Kashi by train. The old lady and her son had wanted me to spend a few more days with them. I somehow succeeded in leaving on the fourth day, much to their disappointment. Till I reached Kashi everything went smoothly. I realized then that after leaving the Math, Mother had been constantly with me.
Mother had stated: ‘Stay at the Sevashram and if the urge is very strong you may beg your food outside.’ But my impetus for tapasya being excessively strong I decided that the period of my tapasya I would spend outdoors. If I put up at Sevashram the sense of security would affect my tapasya. So I resolved to stay outside and also to beg my food. I found a suitable place in an old garden house near the Ganga and I earnestly devoted my time to meditation, japa and tapasya, while depending on alms for food. The place was not a healthy one. It was infested with insects and mosquitoes which hardly let me be in peace. I understood why Mother had advised me to stay at the Sevashram and to live on alms ‘if the urge was very strong’. The alms in North India, consisting of dal (lentil soup) and chapattis did not suit my constitution. Soon I started to feel quite worn out. I felt my enthusiasm was fast declining. To revive my fervour I visited revered Latu Maharaj (Swami Adbhutananda) who used to dwell on a ghat on the banks of the river. Seeing me he asked very tenderly: ‘Sujji, what has come over you? Why do you look so weak? I fear that begging does not suit you. Well, take these two rupees. Master Mashay (M.) sends the money to me every month to have milk. Take these two rupees and have a little milk everyday.’ As he himself used to practise severe austerities, it hurt me to accept the money. However, Mother’s words: ‘don’t undertake austerities intentionally’ recurred to me. So I was compelled to accept it. This expression of his love brought tears to my eyes.
My health did not improve, rather it declined further. I contracted dysentery which aggravated due to my living on begged food. One day my condition was so bad that I just lay down in that garden house alone. I had nothing to eat and there were frequent evacuations. Suddenly I heard the sound of some people nearby. The owner of the house – a lady – entered my room. She had come to see the house after several years. At the sight of me, in that state, everything was clear to her. She may have heard about me from the caretaker of the house. Immediately she gave orders for a good room to be fixed up for me and added that rice, vegetables, milk, etc. – everything essential for my diet, should be provided to me. This time too I was about to refuse but remembering Mother’s instructions, I accepted all. It seemed to me that Mother herself had come in the form of that lady and made arrangements for my food and rest.
In a few days I recovered. By then I had realized that instead of doing tapasya I was accepting service from others. Calling Mother’s instructions to mind, I now took shelter at the Sevashram. After 6 or 7 months had passed in this manner, packing up my scanty belongings, I returned to the Math where Maharaj had been awaiting me with the anxiety of a father. I fell at his feet. That was the end of my desire to leave the Math and engage in tapasya.